As an episode of television in its own right, it’s simply far too crowded – in attempting to tie off the various plot arcs of this season, while introducing a new arc for a potential second season (more on which shortly), it does rather seem that Patrick Ness over reaches himself. The Lost moves far too quickly between different beats, creating a real tonal mishmash that can only be described as a disaster; one almost gets whiplash in moving from the unnecessary gratuity of the murder of Ram and Tanya’s parents to the teen romance aspects of the show.

Sadly, the finale of Class was a pretty disappointing conclusion – a rather resounding let down after the promise of the prior episodes. You can find my full series retrospective here.

(Coming back to this in May 2018, and noticing I only wrote 885 words for this review! Definitely need to go back over Class again.)

Bringing in a female Doctor would change the dynamic and open up a whole new field of storytelling potential. Every aspect of the show that has, up until now, felt so familiar will change entirely – giving the show a whole new unpredictable energy once again.

The fact is, one of the many reasons why there’s a call for a female Doctor is essentially for the same reason why people eventually begin to call for a new Doctor, or a new showrunner: Change offers potential.

It just so happens that this particular change is one that offers a huge amount of potential that Doctor Who has never tapped before – and that’s a really exciting prospect.

Once again, I’m writing about this topic, and continuing to bang the drum in support of a female Doctor. I am really, really hoping we get one this time around – in many ways, it really does feel like the best possible move for the show.

If anyone happens to have a way of putting Phoebe Waller-Bridge in contact with Chris Chibnall, that’d be great…

Peter Capaldi revealed last night that the upcoming 10th series of Doctor Who is set to be his last as the Time Lord. The Christmas 2017 special will see him hand over the TARDIS keys to a new actor, just in time for Chris Chibnall’s first series as showrunner. The 12th Doctor was a fantastic character that Capaldi really made his own. If he’d decided to stay on just a little bit longer, no one would have complained.

And yet, the time has come for a new actor to take on the role. People are already trying to guess who the next Doctor might be and making all sorts of suggestions as to who it should be.

Here then, are 10 actors who could play the next incarnation of the famous Time Lord.

Here’s a list of ten people who could, perhaps, play the next Doctor. I was suitably aghast when I realised I’d chosen someone who should never play the Doctor, because the Doctor simply isn’t that type of person – but then, maybe it wouldn’t be so awful for an American to play the role? Hahaha. Anyway. My personal preference would be Phoebe Waller-Bridge, I think; previously I’ve said Natalie Dormer, but since watching Fleabag, Phoebe was my main choice.

In fact, I’m pretty much convinced that I was the first person to suggest her for the role on a big platform like this? While I doubt the subsequent storm was down to me, I do take a little hipster pride in it all. 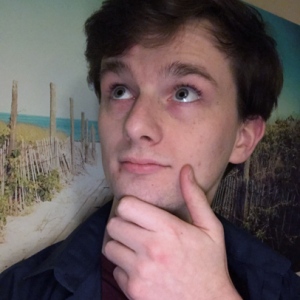