So, with another series over, I wanted to take a bit of a look back across the whole series, seeing how it fitted together, talking a little bit about the arcs involved, and generally the overall quality of the episodes.

Here I’ve got links to my reviews of each episodes (some of which were, uh, posted quite late, meaning you may have missed them). Quite proud of most of them, although it is obvious in quite a few that I was running short of time, because they’re a little bit on the shorter side. Still, nothing wrong with being concise.

And presented here as part of a handy-dandy graph. I do love a good graph. I’ve seen this series described as having had consistent quality levels since 2005, when the show came back. It’s interesting actually, because I would have said the same myself, before looking at my handy dandy graph.

In terms of numbers though, it got a total of 89/120, which works out as 7.417/10. Given that people were harking back to the 2005 series, that’s a rather useful point of comparison (even more so because it’s the only one I have mathematical date for). When I reviewed that series, it got a result of approximately 8/10 as an overall average. (You can see a very nerdy breakdown of the scores here. It wasn’t so popular, which is why I changed the format a little for this overview.)

What it is perhaps fairer to say though is that, barring a few mis-steps, the series had a much higher level of consistent quality than the last two Matt Smith seasons. I wasn’t really a fan of series 7, on the whole, and I felt that this was a massive improvement on largely every count.

In terms of Steven Moffat’s writing, this was another massive step up (Ignoring Listen, of course). Of the four series’ he’s been in charge of, this one is certainly the best since Matt Smith’s first. Perhaps the best altogether? I’m not entirely sure, but it may well come close. 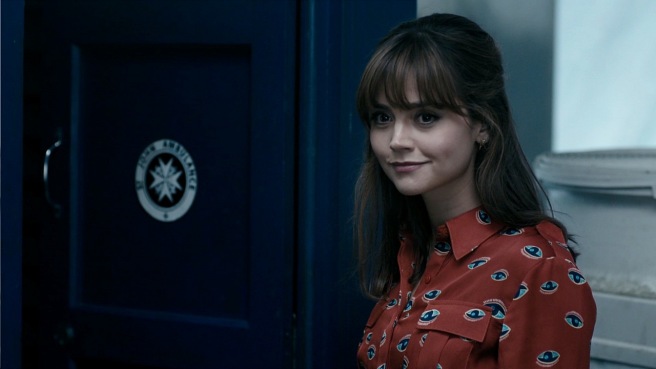 Something I think that series 8 did particularly well with, better than most others, was the way it treated the role of the companion.

Around the time of Asylum of the Daleks, when Jenna Coleman first appeared, I said something along the lines of “I think she’s going to be my favourite companion”. Words to that effect, anyways. Obviously this turned out to be not quite the case, given that Clara wasn’t quite in the spotlight in her own right throughout the rest of series 7.

But after series 8, I am actually quite prepared to hand Clara back that position.

It’s difficult to talk about the arc that Clara had throughout the series, because I really keep wanting to jump right to the end, because the way in which she developed still excites me so much. This is possibly one of the best uses of the companion role ever, and the best possible extension of the idea that the Doctor changes his companions.

Flatline was one of my favourite episodes of the series (making me a little sad my review is quite so short) and that’s because of what it did with the Doctor/Clara dynamic. Honestly, there’s just so many clever things about that episode I want to pick out, but the one that needs mentioning is the idea of lying, I think. You can see that being developed across the series, picked up on, examined, and looked at through all these different lights. It culminated in my favourite scene of the series – the Doctor lying about Gallifrey. How fantastic was that? Absolutely fantastic.

Now, none of that would have been possible if it wasn’t for Jenna Coleman, who really showed how brilliant Clara could be. She absolutely deserved top billing at the end of the series. “Clara Who” is a show I would watch, let me tell you right now. (Though it needs a better name than that!) 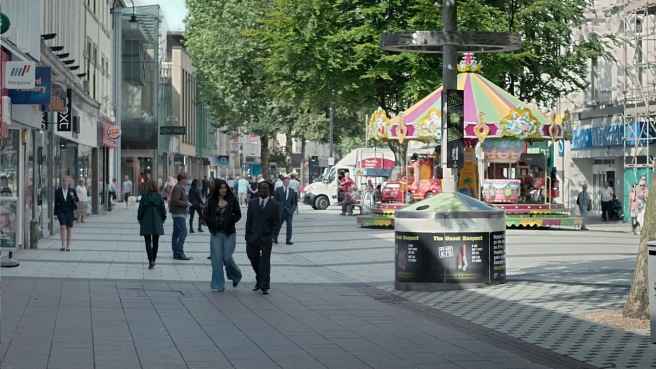 On another note, writers and directors. Some new ones this year, which is nice; as part of series 7 last year there were, I think, too many writers that had more than one episode, and had worked on the show before. It’s always good to get new people in (like me) though, to be fair, this year there was something of a mixed result in terms of new writers. Jamie Mathieson, absolutely fantastic, needs to return. Peter Harness, probably best forgotten about. And Frank Cottrell-Boyce… well, maybe? He’s the only one I have no particularly strong feelings about, for or against.

Normally, I don’t pay a great deal of attention to directors, which I probably should, but I’ve been really impressed by a lot this year. Douglas MacKinnon did another great job, and I was impressed by Ben Wheatley. Nice to see female directors on the team – I realise everyone else has said that, but it’s true. And, obviously, the fact that they were female directors wasn’t the only important thing – Sheree Folkson and Rachel Talalay are both very, very good.

(Mind you, still not that fussed about the possibility of Peter Jackson turning up. The fact he’s such a massive nerd makes me laugh, but there’s nothing that really makes me think “woah we need him here right now”.) 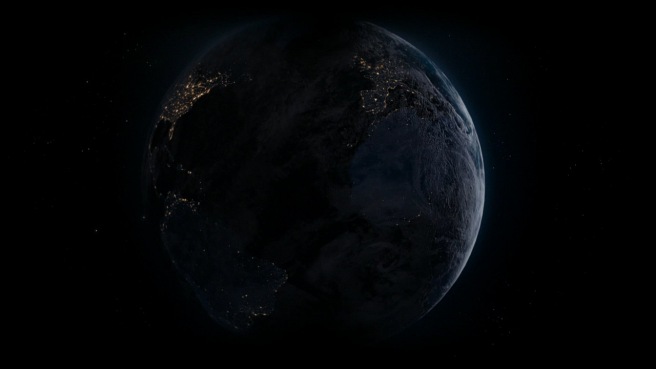 There were certain things I wasn’t mad keen on, of course. I’m not sure if I’m becoming a bit more socially aware, or if there were more mistakes made this season, but a few things stood out to me as being a bit on the not-so-good side of things.

The abortion metaphor of Kill the Moon I already spoke about a fair extent, and the same goes for the medication stuff in In the Forest of the Night. Those were both things which should have been picked up on, and removed, but unfortunately… weren’t.

Something I didn’t mention at the time, but I still wasn’t sure about was this weird racial undertone in The Caretaker. Strange one really; it was clear the production team was trying to show a diverse, multi-racial set of students, but it fell down a bit flat since quite a few of the truant/miscreant kids were coloured. That can be written off as an accident, but I’m surprised no one took pause with the fact that the Doctor mocked Danny, suggesting he was only competent at physical tasks. Bit odd really, in terms of the way it could be read.

Also, speaking of the Doctor and Danny, where did that distaste for soldiers actually go, in the end? It all seemed a tad aimless. You can make a case, I suppose, for it having been set up for the finale, but even then… it wasn’t great. The set up with Missy wasn’t amazing either, I think it must be said, given that they were little more than sporadic “remember we have an arc guys” moments. Could probably have been replaced by “this is a mystery” cue cards, perhaps. 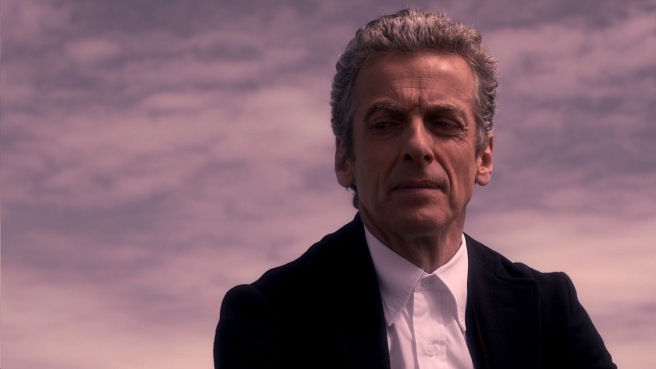 A final word on the Eighth Series of Doctor Who?

I think it was, honestly, quite brilliant. It had no shortage of misfires, that’s fair to say, but that’s not to say it wasn’t very, very good. You could really see the work that went into it, making each idea fresh and new, offering us some of the best character drama we’ve had in years, as part of a remarkably stylish, wonderfully written television program.

And, on today of all days – the start of our 51st year – Series 8 is worth talking about.

Because Series 8 shows us why Doctor Who has lasted quite so long, and why it is still kicking.