The lead up to this one was interesting actually.

I mean, to be honest, I wasn’t actually expecting much? The concept was great, but Stephen Thompson has been a bit rocky sometimes in the past. Still, I was quite looking forward to it.

But then Listen was such a massive let down, for me personally at least, and I really kind of went… “oh, hang on a minute. Let’s not get too hopeful.” I didn’t want to have too much riding on this, just in case it wasn’t so great.

Essentially, I was a bit wary, and trying to keep my expectations tempered. Which is always weird actually – the show should be reliably great, week in, week out, no doubts.

And I tell you what – if the show was consistently at the quality of Time Heist each week, I think the show could consistently meet high expectations.

The real stand out this week was the direction, I think. Actually, no, not I think – I know. Douglas MacKinnon did absolutely amazingly; I think Time Heist is the best directed of all his episodes. Everything looked fantastic – great production values, lovely sets, and the technical stuff in the direction was brilliant. The scene transitions in particular were nice; the Doctor’s head in the washing machine was a great little moment.

What really stood out to me though, and I really really loved, was all the great little cues and riffs on other heist movies. The signifiers and stylistic moments of the genre. It was fantastic, and really added to the sense that this really was Doctor Who doing a heist movie. There was a real sense of authenticity, and it all came from the direction. 10/10 to Douglas MacKinnon right there.

Obviously though that couldn’t have been done without the concept itself, which is, frankly, marvellous. Bank heist, done Doctor Who style? Love it, absolutely. And it’s a really brilliant spin on things – there’s a short interview with Stephen Thompson in this month’s Doctor Who Magazine, where he talks about how there’s always a disguises expert and a computer whiz, and that the obvious sci-fi twist was to make them a shapeshifter and cyborg type. Very clever.

On that subject, I should probably also mention the timey-wimey stuff, and the twists. I did, admittedly, take issue with similar things in Listen, but not here; I think the difference is, ultimately, one of presentation. The reason why I liked it this week was because it felt a little bit different to usual; we’ve seen similar timey-wimey stuff before, but not exactly like this. The closest I can think of in recent years is the Pandorica escape clause; last week I could rattle off plenty of similar timey-wimey moments.

Watching it I was always vaguely aware that the Doctor was, probably, the Architect – but I wasn’t sure how he was, which is the point, I think. That was how the twist paid off, for me. Didn’t see the Karabraxos bit coming though, that was excellent. I was also genuinely surprised when Saibre and Psi turned out to be alive – I really did think they’d died. And, rewatching it, their deaths still felt as though they had a bit of oomph to them even though I knew what was coming. That was nice; the episode gets to have it’s cake, and eat it too. Woohoo. 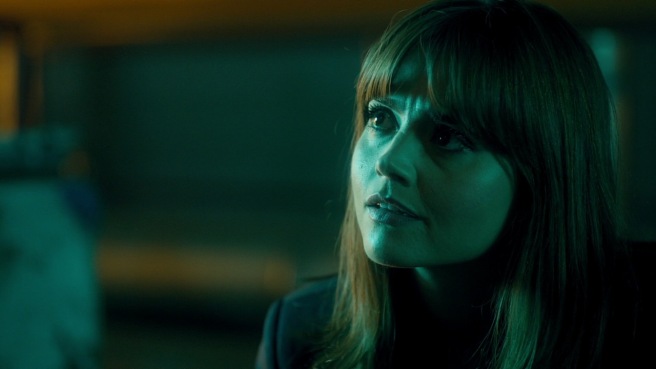 The acting was fantastic all round; another great performance from Peter Capaldi, especially… well, actually, no, all of it! Loved it, honestly. Great, great stuff. Keeley Hawes and Jenna Coleman were all both excellent, as were Jonathan Bailey and Pippa Bennett-Warner.

I’m not sure the episode was perfect though, not at all. My biggest complaint, if it could be called that, is that they had some great concepts that they didn’t quite push to the limit enough. I’m thinking specifically about the memories – how great would it have been if they lost all of their memories? It’d have given the episode a little extra bit of edge to it, I think – if, say, the Doctor is still instinctively taking charge, those moments of questioning him would have been better because perhaps even he doesn’t know why he did it.

The fact that they were doing it for a reason, to get the thing they wanted most, but they don’t know what it is; scenes of them second-guessing themselves and their old selves could be rather excellent. I also think that it could be actually rather good for a new Doctor – just after he’s changed, removing the memories, distilling him down to the base elements… and showing he’s still the same man.

And, frankly, I feel vaguely cheated that we didn’t even get one ventilation shaft sequence.

So, Time Heist. I think it’s fair to say that they really pulled it off with this one.

Note from Alex of 2018: I’ve mostly been trying to leave these old reviews without caveats about how my taste has changed or whatever, but I really laughed at some of the glowing praise above. I’ve not watched the episode since, or at least I don’t recall have done so, but a lot of this is very funny to me now.